“Futures look dangerous at first. Nine out of ten traders go bust in their first year. As you look closer, it becomes clear that the danger is not in the futures but in the people who trade them”

How Low Oil Will Go?


As for we all know, oil price has been down from June 2014 ($107.68/barrel) to today Jan 5 2015 (new level low at 51.44/barrel.). According to the statement of  Saudi Arabian Minister Ali Al Naimi, he didn't mind if the price goes down to $20/barrel and he persist to keep the production capacity.
The question is, should we start to buy oil or wait for a lower price? Warren Buffet once has said, chanelling from his mentor, Benjamin Graham, " Be greedy when  others are fearful and fearful when others are greedy".

If we look at the chart, in my opinion oil price can be considered as a market crash. 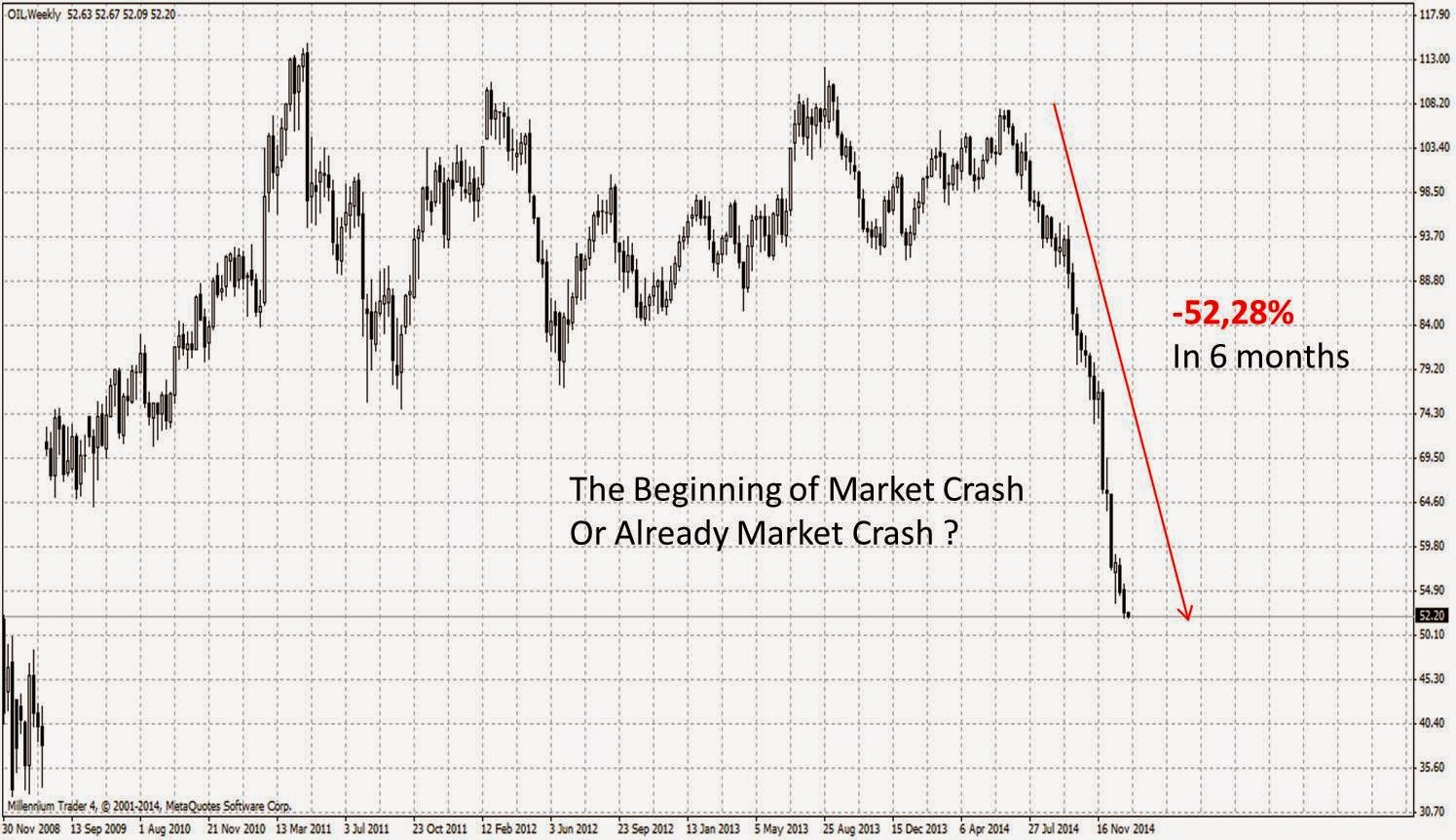 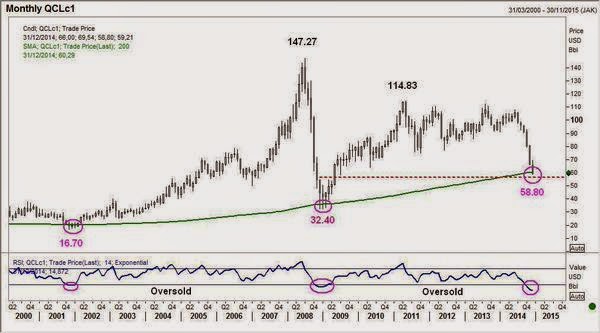 When Putin made a press conference couple weeks ago, he mentioned that the downtrend of oil were temporary. He bravely said it was a conspiracy between US and Saudi Arabian to punish his country and Iran.
Now, let s look at the bright side, if the oil price is cheap, dont you think the consumer spending will affect?
Study in US tells that with cheaper gasoline more people do travelling, and also the operational production cost would be lessened and the profit of the industry/manufacturing will be higher. Bottom line is in medium term the drop of the oil price bring much positive effects than negative ones. and lets say if this scenario is right, oil price will start to crawl up again. the physical level will be around $65-75/barrel or maybe more.
I start to go long with oil (in future contract) with the small portion and start to average gradually if it still going down, and put the biggest averaging around $20 (if it touchs, I dont think it does) or when there is a clear technical  reversal sign, because I dont think in the future we could get oil for free :)

If you were in wrong open posiiton, what will you do?