“Futures look dangerous at first. Nine out of ten traders go bust in their first year. As you look closer, it becomes clear that the danger is not in the futures but in the people who trade them”

There Are Always Two Sides to Every Story 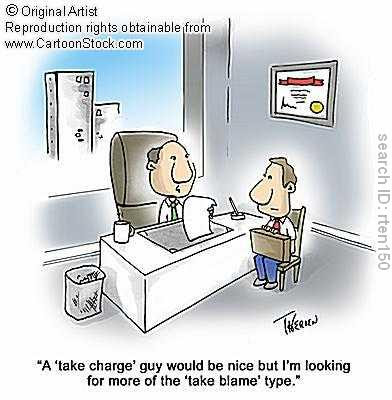 Today I am not writing about the market. My opinion is  still the same like the last one. This time I would like to share you a story. Perhaps we could take a lesson from that.:)
I have a friend, co worker friend actually.  He has been in this field for 3 years. One day, when we were having a little chit chat, accidentally he talked about his trading. He was upset because he still could not get sure profit from the market, and some of his investors got loss. From the way I see him, He is a discipline person, put all his time and energy for this work, Not just an ordinary traders, who just come to the office, make some calls, hope their investors buy their advise based on one page of paper only and do nothing for the rest of the day . He spends most of his time to study the market, and keep learning. I must admit he is very diligent. Yet he still cant make sure gain.
As a matter of fact, trading a plan is not only according our plan, but we  also must meet the investors agreement. The hardest thing is to educate them, not about making profit, but to make them knew that the market has no mercy. Unlike any common system, such as in traffic, even when we drive carelessly, another drivers avoid getting crash with us, even they pissed off. But market likes your careless trade, donate our cash to them. No one tell you that your trading pattern is dangerous, as long as you have the equity. you have the right to trade the way you like, even the result is worst.
A couple years ago, I had an investor who played quite big. His trading actually was quite good. The problem was he was very stubborn, and never admit that sometimes our open positions were bad. His pride will not allow him to be wrong.  He liked to trade big, and let the positions floated. Once, when I detected a trouble, when the euro was 1,2500, we were having sell positions at that time, I told him to cut our positions 200 points loss, but he refused. I kept try to tell him the next few days that the euro had broken its resistance and we should considered cut the positions. The answer is still "No". In our unwritten rule, Investors are the king, their decisions are subtle. That is one of the biggest obstacle  for the trader besides good trading, good money management, and good psychology trading. Making profit from the market is already difficult, but sometimes the investors make it worse by their urgency trade. Anyway, few months later, when the euro traded at level 1,4300, which we never expected to go up that far, he began to ask me his positions. Hold or cut? It was the most difficult question for me to answer. When we were behind 200-300 points, I have no doubt to cut the positions, but when they were already 1800 points, cut the positions were not so easy.
Imagine you are a chef, and some day I cooked food with my own style, then I give it to you when the food is half burnt. If the food is burnt or not well cooked, then you have fully responsible for that. Sounds not fair huh? well, the world is already not fair for too long time, and we often experience that situation.
I am just saying to my friend, that is our cost for being trader. How many times we  becomes a scapegoat for their poor trades?. It was everyone fault actually. But who knows the real truth?. Just keep the coin one side seen, my friend. The important thing we do have a goodwill, keep doing the best and don't care what others said and thought. Trust me, even when you are doing right or doing nothing wrong, there are some people still blame you, but for sure not the wiser ones I guess.
Posted by Tyo at 9:18 AM

If you were in wrong open posiiton, what will you do?